Breaking Into the Jewelry Business


Breaking Into the Jewelry Business

Entrepreneurs and Princeton graduate program alums Sophie Kahn and Bouchra Ezzahraoui have found impressive success by following where life leads. While their respective stories began a continent apart – Sophie grew up in Holland, Bouchra in Morocco—a move to the United States for college brought them both a lasting friendship, and a partnership in a successful jewelry startup. 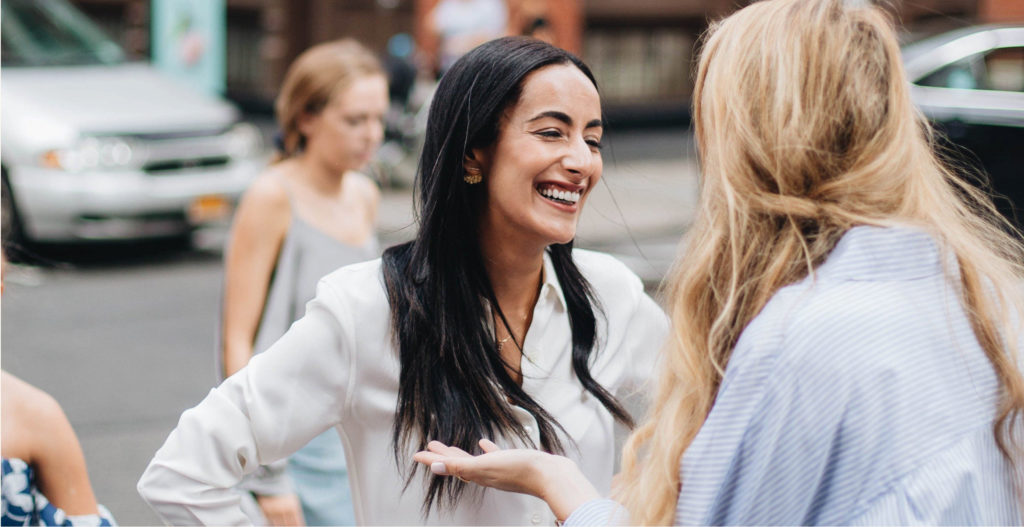 The two had charted a different course before launching AUrate in 2014. Both had studied economics with an eye to entering the corporate world, and had launched traditional careers after graduation. Sophie was serving as Director of Strategy at Marc Jacobs, and Bouchra was an interest rate volatility trader for Goldman Sachs. Then, fate intervened.

While out at brunch, Sophie noticed a green mark around her finger (from name-brand jeweler). The discovery got them chatting about the underwhelming choices in women’s jewelry. “It was old school. Not cool, and not ethical,” Sophie observed. Plus, the mark-ups on gold jewelry put quality pieces out of reach, even for professionals like themselves. They saw the gap in the market – and started making plans to fill it.

Getting in the Door

They took a side-hustle, bootstrap approach to their business, enrolling in a semester of design classes and funding the venture through bonuses and savings. They learned the ropes of the jewelry industry while balancing responsibilities at their day-jobs. They also navigated some surprising obstacles. “First of all, it was very hard to find vendors,” recalls Sophie. “The jewelry trade is a very male-dominated industry.” As well, established goldsmithing businesses are largely multi-generational family operations. Starting as outsiders required tenacity in establishing contacts and building rapport.

Much of their early effort involved finding pure materials with which to craft the collection. They also wanted to be sure they were ethically sourcing their materials, so much of their due diligence was spent in “figuring what was going on with different practices- ugly practices we didn’t want to be a part of.” This upfront investment paid off in ensuring the finished product benefited not only their customer, but each person in the process.

With the right materials and production resources in place, they launched their first pop-up in Soho in 2014. Things moved quickly. They found a location in passing and moved in 10 days later, using Ikea tables to display the collection.

To call their first foray into in-person selling “successful” would be an understatement. “We sold out the first week.” That success is going strong four years on. “We’ve experienced 300-400% increase in revenue year over year,” explains Sophie. They’ve also branched out, starting with two stores in New York and expanding to locations in Boston and Washington, D.C. While they have an eye to expanding into new markets, (including the West Coast and Texas), the lion’s share of their revenue is earned through e-commerce.

Their bootstrap, direct-to consumer approach has had a lot of influence on their collection, fueled their brand identity. “What’s interesting about us, being direct to consumer… we’re empowering women. Where the fashion industry traditionally dictates trends, we talk to our women all the time. We have access to [our customer] through focus groups, surveys, and input from stores. She’s in control.” This tuned-in approach is integral to their brand image. “For us, that’s new luxury.”

Besides catching the attention of buyers, AUrate’s success also attracted serious attention from the venture capital world. In late 2017, AUrate raised a $2.6m seed round to expand its marketing department and fully implement their digital strategy. 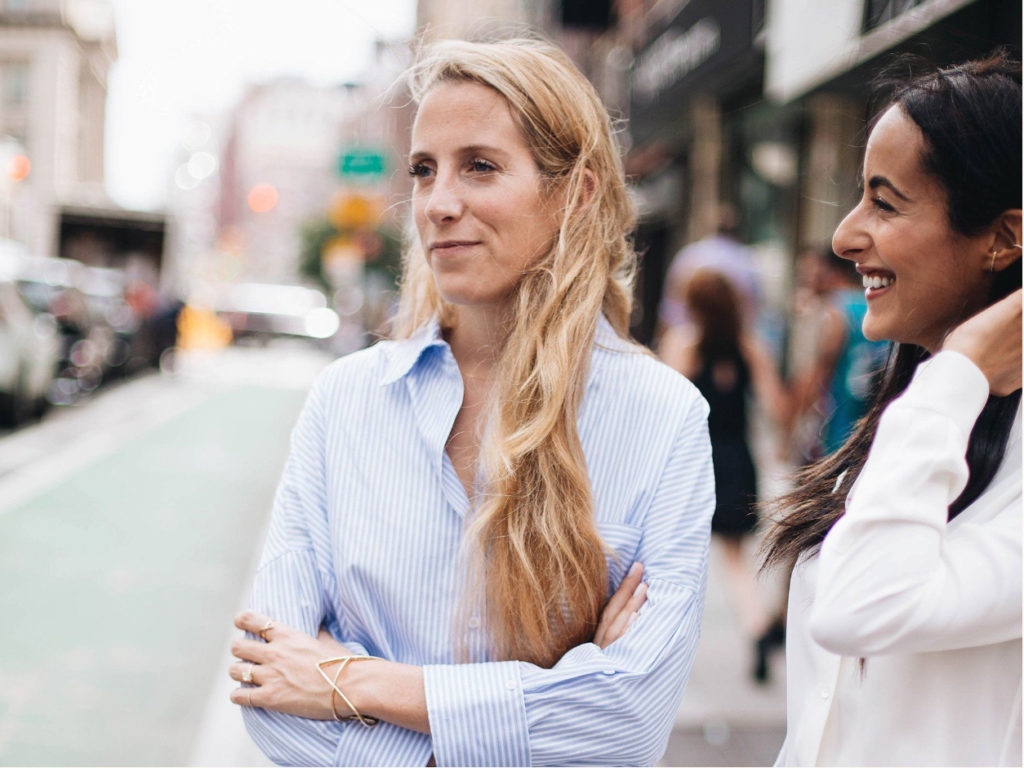 A Book for your Look

With a sustainable, ethical product in place and business booming, Sophie and Bouchra turned their attention to improving the lives of kids. Inspired by the giving models of Warby Parker and Toms, the founders partnered with Mastery Charter to provide one book for every purchase made. “We cared about doing something tangible and concrete, rather than a percentage,” says Sophie. When customers buy something from the collection, they can say “now a kid is reading a book thanks to what I bought.”

Supporting literacy in youth was a natural choice for the founders. “Our route to empowerment – and everyone’s – is education. [We] met in school. Education is what allowed us to come to the U.S., and thanks to Princeton we were able to work in the U.S.” This endeavor, too, is booming. They’re happy to report that their original school district in Philadelphia now has all the books it needs for its programs. They’re currently in the process of expanding to other districts.

Living the Dream – Observations on the Startup Life

While the fast pace and tangible impact of the startup life are compelling; the sense of being truly on one’s own can be daunting. “There are benefits, but there are costs, too,” says Sophie. “You’re basically working all the time, and there’s never someone to tell you ‘good job’ or ‘well done.’” She recalls taking only two days off for maternity when her child was born.

The friends credit their strong friendship with helping to ease some of the less-glamorous parts of startup life. “It’s lonely at the top, so it’s nice that Bouchra and I have each other,” Sophie says. The pair also recognizes the singular dynamics of working shoulder-to-shoulder each day. “We joke all the time that the partnership is like a marriage, and the company is like a baby.”