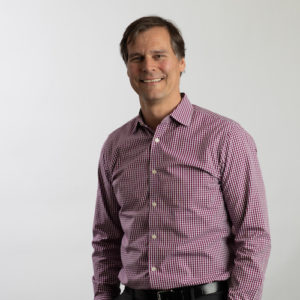 Between their initial seed round and preparing for an exit or IPO, successful companies regularly raise capital which assesses the value of their business. AVG’s Chief Investment Officer Anton Simunovic outlines the process companies and venture capitalists use to determine valuation, and how an up-round can signal strong exit returns.

AVG: What is a company’s valuation?

CIO Anton Simunovic: Ultimately, value is about a company’s ability to generate cash, as expressed through free cash flow and profitability. Value is more difficult to ascribe to early stage companies in particular, where it is often the case that more cash is consumed than generated. In these cases, a company’s value is based upon its future potential rather than its past performance. With less company performance, investors must buy into the CEO’s vision for the company and the market opportunity being addressed.

As an example, when Mark Zuckerberg was first building Facebook, he didn’t have revenue and famously lacked a defined plan to generate profits. Yet, his company was still enormously valuable because he was growing his social network exponentially, from thousands of people to millions of people in a short period of time. Investors projected that Zuckerberg would eventually figure out how to generate revenue and subsequent profitability from its massive and sticky network.

AVG: Who determines a company’s valuation?

Anton: In the private markets, the CEO will work with her Board of Directors to determine what she believes her company to be worth. The seller can really choose any value. Buyers, as represented by venture capitalists and/or angel investors, often use private or even public market comparables to arrive at what they believe to be the true value of a private company. Negotiations may ensue, but eventually, it is at the intersection of a willing buyer and a willing seller that a company’s new value is established.

As a venture investor, I would caution companies to be realistic in setting their valuations. It is not uncommon for private companies to make the mistake of allowing their valuations to get ahead of their actual and projected performance. A private company is better off with a slightly lower value (and therefore more dilution) in the short term, and to then demonstrate operating momentum, such that future raises are all up-rounds, the best talent can be recruited, and important business partners secured. In this way, valuation can be used as a useful marker of a company’s momentum.

AVG: When does a company’s valuation change?

Anton: A company’s valuation can change if it (1) merges or sells itself to another company, (2) goes “public” via IPO, (3) liquidates (shuts down), or (4) if it raises capital at a higher or lower value per share than the prior round. An up-round is when a company has raised additional funds at a higher per share price than the prior round. When a company raises capital at a lower price per share, it’s considered a down-round.

AVG: Can companies rebound from down-rounds?

Anton: There’s a lot of psychology to investing in what are largely illiquid private markets. While it’s possible for companies to recreate interest and momentum once they’ve experienced a down-round, it is definitely more difficult than maintaining investor enthusiasm from the outset.

AVG: How does an up-round affect an investor’s portfolio?

Anton: A change in paper gains for investors is an exciting event, and perhaps a proxy for things to come. But it does not put cash in your pocket. Realized returns are what matters, and these do not materialize until the company has an exit event. Ultimately, companies want to keep growing their paper value (up-rounds) until they have an exit.

As a simple example, let’s imagine a company is worth $10M and has 1 million shares outstanding. This means each share is worth $10. The company then does an up-round and raises $3M at $15 per share. The paper gains that accrue to the company’s original investors equals $5 per share times the number of shares they owned. For AVG investors, this increase is reflected in your personal portal.

AVG: How does AVG evaluate up-rounds and decide to invest?

Anton: When a company is raising capital (its next round), AVG runs a very disciplined process, conducting due diligence, speaking with industry experts, management, and past investors, writing diligence reports, holding investment committee meetings, and ultimately scoring investment opportunities against AVG’s proprietary processes and scorecards. We’re a national, distributed team with five offices and 50 investment professionals, and so we bring dozens of operating and investment experts with literally hundreds of years of venture experience into the scoring of each deal. We truly rely on the wisdom of small crowds.

When scoring, if an investment achieves a score of 80 points, we will make the investment. If a company scores a 79.9, we do not. We are a very disciplined organization. We invest alongside top-quartile VC firms in top-quartile deal flow, because that’s where the lion’s share of venture returns are generated year-in, year-out. We strive to add meaningful value to each investment we make, and our discipline allows us to move quickly.

AVG: What categories are included on the scorecard?

Anton: We look at many different attributes that for the most part fall under four broad categories:

For investments to be approved by AVG, they have to score above 80 points on a cumulative basis. It is often the case that companies are stronger on some dimensions than others. Average companies are not able to pass AVG’s rigorous scoring methodology. Companies have to be special in at least three categories, and average in the fourth. And remember, investing is about raising capital, which companies use to bring juice to those areas where they are most exposed.

AVG’s alumni funds invested in a number of up-rounds this past summer. We connected with Rob Bibow, Managing Partner of Fission Ventures (for Columbia alums), about the fund’s decision to invest in an up-round for burgeoning real estate company Compass.

AVG: What makes Compass a worthwhile company and investment opportunity?

Managing Partner Rob Bibow: The largest owner of real estate brokerages in America is Warren Buffett. He likes the business because your most expensive employees essentially pay for themselves due to commission. As a result, they are highly motivated, and your wage bill is directly tied to your revenues. So when revenues fall, so does your main expense.

The company is doing so well because its technology platform is taking the same agents that Compass hires from their competitors and making them, on average, almost 25% more productive in terms of number of deals closed.

AVG: How did you initially access a deal with Compass?

Rob: We originally met Compass Co-Founder Rob Reffkin when he was presenting at an event at Columbia University. We were impressed with what he was doing and told him we wanted to invest. Fast forward almost a year, and we hear that Compass is raising a new round of financing. So we called him and were able to invest in a $400M round alongside Softbank and the Qatar Investment Authority.

AVG: Why did Fission decide to invest in the recent up-round?

Rob: Fission decided to invest in 2018 because the company’s growth figures were impressive and we felt management was going to fundamentally change a very old and very attractive industry. Compass executed so successfully that it is on track to be more than two years ahead of plan on the revenue forecast management gave us in 2018. We like companies that under promise and over deliver.

Every one of the 400 companies AVG has invested in has a founder's story. It almost invariably...

Including Venture Capital in Generational Investing

The venture asset class can be a key component of an investor’s wealth planning strategy....