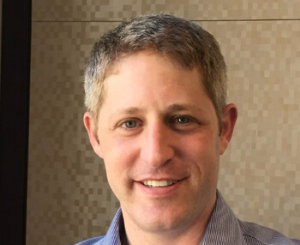 As Principal at Chestnut Street Ventures, Jonathan is responsible for sourcing, conducting due diligence on, and executing venture capital investments. He previously spent 12 years investing in private companies at two single-family offices and at American Capital. Jonathan began his career as an investment banker as an analyst at Wasserstein Perella and subsequently joined Goldman Sachs as an associate. He received his BS in Economics cum laude from the Wharton School of the University of Pennsylvania and his MBA with honors from Columbia Business School. We recently caught up with Jonathan to learn how he came to join the Chestnut Street team:

How did you make your way to Chestnut Street Ventures? (personally, academically, professionally, etc.)

I’m a Philadelphia native and literally moved down Spruce Street when I moved into the Quad to attend Penn for undergrad. I started my career in New York after graduating and spent five years in investment banking with Wasserstein Perella and Goldman Sachs while getting an MBA from Columbia Business School in between. Advising companies made me realize I was much more interested in developing long term relationships and supporting growth rather than simply completing a transaction and moving onto the next deal. I’ve spent all of my career since then investing private companies at all stages of their development. I first joined American Capital, a publicly-traded alternative asset manager, and then spent the next ten years investing on behalf of two separate family offices (private investment management firms for exceptionally wealthy families). I enjoyed tremendous latitude in where I could invest, including electrified fences, craft breweries, power plants and numerous venture capital funds and start-up companies. Having observed how technology is reshaping the private company landscape and the growing value proposition of venture capital relative other private company alternatives, I leapt at the opportunity to join Chestnut Street Ventures in order to exclusively focus on venture capital.

What sparked your interest in working at Chestnut Street Ventures?

I speak with many entrepreneurs every day and continue to be amazed by their creativity and drive. The Penn ecosystem is one of the biggest globally and I see entrepreneurs coming out of almost every part of the university. Our objective at Chestnut Street Ventures is to provide our investors with a well diversified portfolio of 25-30 companies. That means I get to look at a lot of opportunities, which makes the job of analyzing each one across a wide variety of industries very intellectual. This is far more enjoyable to me than evaluating funds that in turn invest in companies or only making one or two investments a year, both of which are far more common investment approaches than what we do a Chestnut Street Ventures.

How did your time in college and the connections you made there influence your career?

I’m the first one in my family to pursue a career in finance so Wharton was the logical choice for college. It definitely provided me with a strong push after graduation in terms of relationships, skills, and analytical frameworks that I don’t think I would have gotten anywhere else. It gave me a meaningful head start coming out of school and a lasting support network ever since. What I didn’t appreciate until starting Penn was that I would build important connections and skills from across the university that I would carry with me for the rest of my life. Having friends studying other disciplines, especially liberal arts, helped me hone my analytical skills. Taking a class in business Spanish in the College ultimately led me to Bogota, Colombia, where I began my investment banking career helping turnaround the largest airline in Colombia. The intensity of the undergraduate experience and being around such uniformly intelligent people forged relationships are central to my life ever since, both professionally and personally.

What trends in venture capital are you excited about?

It’s hard to find a corner of the industry that isn’t either already undergoing some sort of exciting change or is primed to do so. A few areas that I find especially exciting are innovations in life sciences, agriculture, and logistics. The long term nature of venture capital requires thinking deeply about innovation, both imminent and on the horizon. I study such trends on a daily basis and analyze how we can capitalize on them on behalf of our investors.

What resources do you recommend to people interested in venture capital or entrepreneurship?

Penn offers a wide range of resources for those interested in entrepreneurship. On campus, there are consulting services for those starting businesses, including non-profits/social enterprises. Off campus, the alumni clubs offer valuable networking events. The Chestnut Street Ventures model is testament to the power of the network and the willingness of alumni to collaborate with other alums. For those interested in venture capital, the foremost resource is information. I read voraciously and this informs my investment opinions and the speed at which I can operate. I suggest reading a variety of industry blogs and publications in addition to the usual business sources. Pick a couple of industry segments that you are highly knowledgeable of or are passionate about and try to identify who is taking steps to address issues or develop new technologies or processes in those segments.

What are you looking forward to the most since joining the team?

Integrating myself into the Penn network globally and the Philadelphia VC community locally. I want to do what I can to support Penn entrepreneurs such that we have the same reputation for an engaged investor ecosystem as any other school. Likewise, I’m excited to build a presence on campus, helping nurture entrepreneurs coming out of school and enhancing Philly’s position on the venture capital map.

Erik Hammer recently joined the AVG team as a Principal in our Chicago office, focused on early-stage...