From entrepreneur, to mentor, and back again. 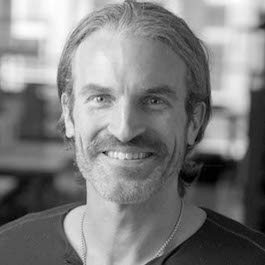 Anyone who has tried to launch their own business will tell you that the path to success is never a straight line. For Billy Banks, the former Associate Director of The Garage at Northwestern University, the journey involved some immense personal and professional challenges. Now Co-founder and Chief Growth Officer at ProHabits, he sat down with us to tell his story and offer some advice to budding entrepreneurs.

How did you first connect with the AVG and Purple Arch Ventures teams?

I was the Associate Director up at the Garage at Northwestern from January 2016 to October 2018, where I worked with student teams, both grad and undergrad, to help them turn their ideas into businesses. One of my main areas of focus there was our summer accelerator, called Wildfire, which is a 10-week, full-time summer program. I also worked on our mentoring program.

Around that time, Purple Arch launched. Through the initial exchanges between NU and the fund, I got to meet with David and Wayne, and got a better understanding of what Purple Arch was all about. I would bring David and Wayne in periodically to do mentoring or workshop type stuff for the students, so they could talk specifically about their ventures instead of learning generalized information about venture capital.

You’re also a Northwestern alum. How did you make your way back to NU after graduating?

It’s a bit of a crazy story (laughs). I was an entrepreneur prior to joining the Garage. I sold my first company in 2011, and two weeks after that, my wife got diagnosed with breast cancer. We met at the end of 2009, and ended up getting married within a year. Six months after that, I sold the company, as I mentioned. And then two weeks later, boom, Stage 3 breast cancer diagnosis – and we’d only known each other for 18 months!

That must have been quite a challenge as an entrepreneur!

Oh yes! At that point, my businesses were in Indiana, and I realized pretty early on in the process of cancer treatment that it was going to be hard for me to be effective in two places, especially when I was distracted, even while at work in Indiana. So I ended up selling another one of my companies in 2012, with the goal of pivoting my career to Chicago from Indiana.

I got involved with a food company during this time that started out as an investment, and to this day, I still think it looked great on paper. But I didn’t do enough due diligence on the team and the strategy, and that’s where it ultimately fell apart. What I learned in hindsight is when you’re not emotionally available, don’t make big important, especially financial decisions – due diligence isn’t always its sharpest. On top of my wife completing multiple grueling months of chemo and radiation, we were struggling with infertility (a side effect of the cancer treatments), and my parents had gotten divorced. So it was an insanely stressful and heartbreaking time, as you might imagine.

Then cue July 2013. One morning, my wife wakes up sick, and, on a whim, takes a pregnancy test – and it comes back positive! We had already started the surrogacy process and gone through so much pain and disappointment, so we tried not to get our hopes up and decided to wait to see what happened. Imagine my shock when a few weeks later, my phone lights up and it’s a picture of our surrogate’s ultrasound with two dots and the word “twins.” In the space of a few years, I go from living the life of a single guy in a condo, to moving into a house and raising triplets.

Now, I’m a thirteen-year entrepreneur at this point. My wife looks at me and she’s like, “Well, that was fun. How about a real job for a little while?” I’m getting my butt kicked in interviews, so in the meantime, I reached out to Northwestern like, “Hey, I’m an entrepreneur. I’d like to get involved. What can I do?” The school came back with a few ideas, so I headed up to campus. I was so stoked to be teaching at my alma mater – after everything my family had been through, that was quite the gift on that end. Next thing you know, The Garage was getting ready to open and Northwestern came knocking with an offer I couldn’t refuse.

In the beginning, we tried to model ourselves on what other schools did, or what other incubator spaces did, and we learned real quickly the difference between student entrepreneurs and what I call a “professional entrepreneur.” I found that once the going got tough, or other responsibilities and obligations crept up, student entrepreneurs would tend to disappear. After all, what we were doing was extracurricular for them. For the first year I feel like there were a lot of post-mortems on why things didn’t work. But Northwestern and Melissa Kaufman did a great job of setting this up. We were given a lot of freedom to operate and experiment. At the end of the day, the Garage became this bridge between the most promising student startups and the community at large, be that in Chicago or across the country.

How did that evolve into ProHabits?

After a couple years at the Garage, I got “the itch” again, and realized that what got me to that point in my career and in my life was not going to be what got me to the next stage. I went down the personal growth rabbit hole. As I read more about what the most productive and successful and creative people did, I’d found a couple of common threads. The big one was routine, and others were shorter goal setting and better habit formation. So I started applying all that to my life and things just started clicking. I think I rediscovered my optimism that had gotten kind of destroyed during all the trials and tribulations my wife and I went through.

I actually met Adam, my Co-Founder, prior to joining the Garage and we stayed in touch. In the summer of 2017, we get together for what we call our quarterly “jam session.” He presented this idea to me around helping people build personal growth at work, aligning company values, and helping operationalize that.

After what I experienced with the food company and not doing the proper due diligence, I wasn’t about to flip this one around too fast. So I went back and talked to a number of people in a variety of different industries in Northern Indiana and got a lot of validation. I also realized that I needed to follow the advice I give to my students: you’re not truly an entrepreneur until you burn the boats. So I left the Garage at the end of September 2018 to come on board full time with ProHabits, where I’m now the Chief Growth Officer.

Where is ProHabits headed now?

When I got there in October, the tech was built and we had a beautiful user experience. We checked the box on feasibility, and I was pretty convinced if we could figure out desirability that viability would take care of itself. We eventually realized the problem was really leadership development. Companies spend billions of dollars on this stuff, but most programs are still delivered in a pretty antiquated classroom or video style. There’s a lag between introducing new material and when the provider comes back to see how you’re doing. Most companies were looking for a way to make this all digital.

So now we’ve really focused there. Now, in addition to the workshops, videos, and workbooks, with ProHabits, companies have a digital component that allows them to drip in leadership development content on a daily basis. These are what we call “micro-actions” – a very short, intrinsically rewarding task that’s rooted in neuroscience and positive psychology. We don’t want it to be a task manager. It’s something that we want every person that receives our email or SMS in the morning to be looking forward to that’s aligned with the behavior change that the company wants, and any sort of personal professional growth that the employees might want.

You mentioned the concept of “burning the boats.” What advice would you give someone with a new idea, who is standing on that precipice with the torch in hand, but isn’t sure if they’re ready?

The advice I tend to give my students if they’re considering a career in entrepreneurship is, first, don’t adjust your lifestyle to your income. The most important thing you can do as an entrepreneur in the beginning is to save as much money when you’re young as possible and create your own runway and optionality. You’re going to want room to maneuver.

I also try to disabuse them of this notion of following your passion. I think it’s doing more harm than good. It’s better to follow your efforts and try to be a generalist as much as you can. Go deep in a few areas, but be as broad as you can. It’s the people that are able to stitch ideas across multiple disciplines that tend to create the breakthroughs.

The next piece of advice I’ll often tell them is that too many of us think that if we’re the entrepreneur, we have to be the “idea” person. That’s not always the case. You can work for an entrepreneurial company. If you like risk and uncertainty, start or join an early stage company. If you’re a little more risk averse, wait for a later stage company.

Entrepreneurs are kind of seen as risk-takers, but I would argue we’re more risk managers. We’re assessing opportunity and risk. Just get out there and do your thing. But you have to be just crazy enough to think it’ll work, because if you look at the statistics, you’d never take the leap!

Capella Space is leveraging proven technologies in ways that are entirely new—building constellations...